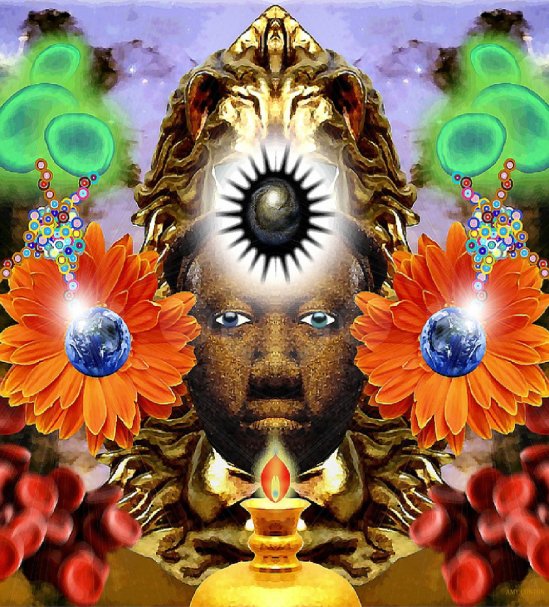 “…that there are no raging divinities battling for our souls. It’s just you and I, struggling internally to come to grips with Who & What We Really Are.”

1.)  That with the passing of the Affordable Health Care Act and now Vermont becoming the first state to use the authority granted under the law to start a single-payer system in the state of Virginia, President Barack Hussein Obama has created a place in American history that no one can ever take away from him. Whether the law is successful or not remains to be seen, but it’s the radicalism of his actions that will immortalize him.

2.)   That politics and money make strange bedfellows, and that this union produces THE MOST hideous offspring.

3.)   That the time is ripe for a revolutionary movement towards a new political party to swim against the tidal wave of the old established regimes in America. It must reject the dangerously polarizing, inequality of our present organizations and replace them with a common, unifying ideology that works for all of us. And that this will be dangerous work.

4.)  That it is extremely easy to bite off more than you can chew.

6.)  That Humans are biologically reactionary, and that we’re on the verge of reacting to some very major stuff.

8.)   That getting old is a pain in the neck. And lower back. And joints. And sometimes my feet.

9.)   That television is Satan’s tool and we must rebuke it! (well, at least transfer your undivided attention to the internet, where there’s more diversity and disbursement of information coming from more than one source.

10.) That Family – whether biological or adopted – is, and always will be, EVERYTHING.

12.) That the Meek have already inherited the Earth, they just have to come of age to operate it.

13.) That history doesn’t repeat itself. You do.

14). That a New World Order might not be so bad, as long as we aren’t enslaved or zombie-fied in order to achieve it.

15.) That a reformed, 21st-century-and-beyond model of a more sociable -ism will have to be ratified to replace our degrading, unbalanced system of Capitalism.

16.) That Death can’t be all that bad a ‘existence’ if many of the people we love, respect and admire are there (morbid, I know, but it feels true!).

17.) That there are no raging divinities battling for our souls. It’s just you and me, fighting internally to come to grips with just who and what we are in order to advance to our higher selves ( I know, it sounds like a lot of hooey, but it doesn’t matter. Most of us are accomplishing this without ever  realizing it. We go on about our simple lives unconsciously gathering up more and more meta, then one day — BOOM! — say “hello” to Your Higher Self. ).

18.) That everyone around the world has one major thing in common, and that is our Humanity. When something ‘other’ than that shows itself, the connection will be crystal clear (Yeah, I’m talkin’ extraterrestrials baby!).